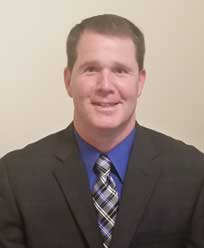 Jerod Mitchell Thomas was born in St. Alban’s, West Virginia, where he was a 1987 graduate of St. Alban’s High School.  He was a member of the Marshall University Thundering Herd Football Team which played for the National Championship in 1987, as well as the Southern Conference Championship team in 1988.  Jerod was a defensive starter at free safety and an Academic All-American.  He made a name for himself with his high energy and aggressive style of play. Jerod transferred to Morehead State University to play his senior year. At Morehead State University, Jerod was a defensive captain and named to the All Ohio Valley Conference football team.

Jerod received his Master’s of Education degree at the University of Tennessee, and taught and coached high school athletics in the Tennessee school system.  He left teaching and pursued a career in sales, which included various products and services, and a position as National Sales Director for an athletic apparel company.

In 2009, Jerod made a major career change.  After a 15-year struggle with drugs and alcohol, Jerod got sober, and began a second career in substance abuse counseling.  He began as a drug and alcohol counselor at WestCare Kentucy, a non-profit substance abuse program located in Ashcamp, KY.  He was later named the Program Director for WestCare, at the Boyle County Detention Center.  Under Jerod’s direction and leadership, the Boyle County Detention Center Substance Abuse Program became one of only a few licensed detention center facilities in the Commonwealth of Kentucky.  Jerod was ultimately promoted to Deputy Administrator at WestCare.  He supervised and managed the day-to-day operations at all of the treatment facilities in the state of Kentucky. This included an inpatient treatment center, two prison programs, two day reporting programs, two transitional living programs, two homeless shelters, and the University of Pikeville Student Assistance Program.  Jerod currently serves as the President and CEO of the Shepherd’s House, Inc., a non-profit in Lexington KY.  The Shepherd’s House is a long term residential and transitional living treatment center for men. The Shepherd’s House also has a Prison Substance Abuse Treatment Center inside the Boyle County Detention Center and an Intensive Outpatient Treatment Center in Danville, Kentucky.